The Championship was first announced to the members of the Junior championship before also being announced to the members of the Official championship and also others. Car numbers were assigned to drivers as they entered the championship. The only exception is that car no. 13, wasn't assigned. This is because some people find it 'unlucky' so it was decided easier to avoid it altogther unless a driver specifically stated they wanted the number. Only 12 drivers maximum may participate in one race. 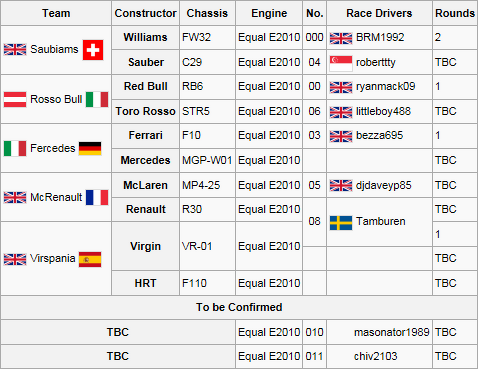 Testing Season started once 16 drivers had signed up for the championship. On the first day of testing another driver signed up bringing the current total to 17.

Testing Season began on the 14 March 2011 and lasted for 2 weeks, ending on 28 March 2011, 6 days before the first race. Testing Season took place at the Montreal Circuit in Canada. The plan was that within the 2 weeks all drivers had a chance to post lap times at any point with the quickest drivers at the end being put into the F1 league, then F2 and so on if more drivers sign up. littleboy488 never posted a lap and oORIISEOo never contacted bradley1314 back.

As seen from the times below there is a clear split in speed. Due to this bradley1314 decided that everyone down to Asanator would be in F1 whereas the others would be entered into F2.

After much controversy in the 1st season of the Junior PS3 Championship bradley1314 put forward the idea to appoint a board of Stewards for the new championship consisting of three drivers who do not race in that championship.

There are also stupid penalties given by the game. Any disqualifications cannot be corrected but any penalties will be looked into and possibly reversed. 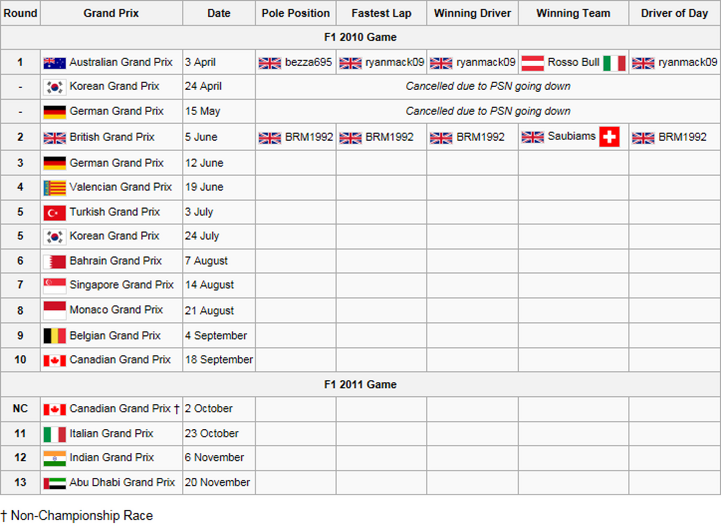