The 2012/2013 F1F Formula One PS3 World Championship will be the second season of the revamped Official F1 Fanatic Junior series, although the third season overall. Moussa Awada will start the season as defending Champion, copying previous Champion Ed Greenhalgh's move of taking the number 1 to Ferrari.

The season started on 2nd December in Australia and will finish on 10th March in Abu Dhabi after 7 races.

Drivers chose their teams in the order they finished last years championship. 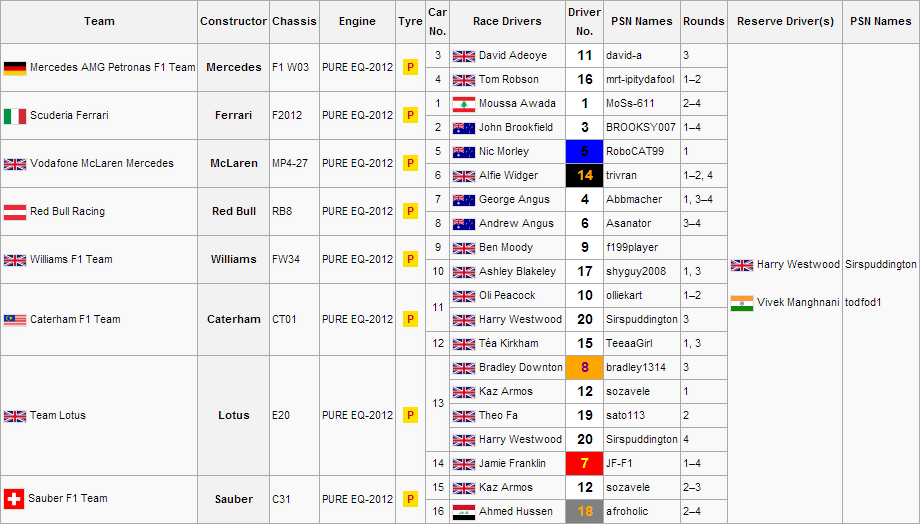 Nic Morley had originally re-signed for Red Bull, but when McLaren offered him a number 1 deal, he couldn't resist. He was set to be joined by Kaz Armos, but after a sponsorship deal fell through, series debutant Alfie Widger was given the drive after the demise of Campos.

George and Andrew Angus made history as they joined Red Bull and became the first ever sibling team.

Ben Moody remains with Williams and will be joined by long time in-season teammate Ashley Blakeley. This will be Blakeley's debut season.

Oli Peacock is gearing himself up for a full campaign this year with Caterham. He will be joined by series debutant, and lady racer Téa Kirkham.

Having been ousted from McLaren, Jamie Franklin and Bradley Downton took up contracts at Lotus after a fairly successful in-season Championship with the team.

Campos were set to enter the series this year, in place of Force India. Having decided their acronym HRT was ridiculously stupid they had reverted to their inital entry name and signed Irish in-season Champion Shane Butler and rookie Alfie Widger. Unfortunately Butler withdrew and Widger was snapped up by McLaren leaving Campos with no funding and subsequently having to withdraw.

After Australia, Sauber were given the nod to replace Campos. They took up Kaz Armos, who managed to find new sponsorship after his McLaren deal collapsed, and rookie Ahmed Hussen, the first Iraqi in F1.

All races start at 10am UK Time. 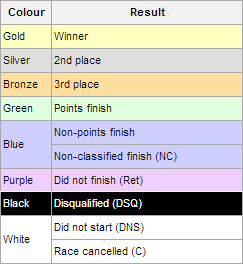 Points are awarded to the top 8 finishers. 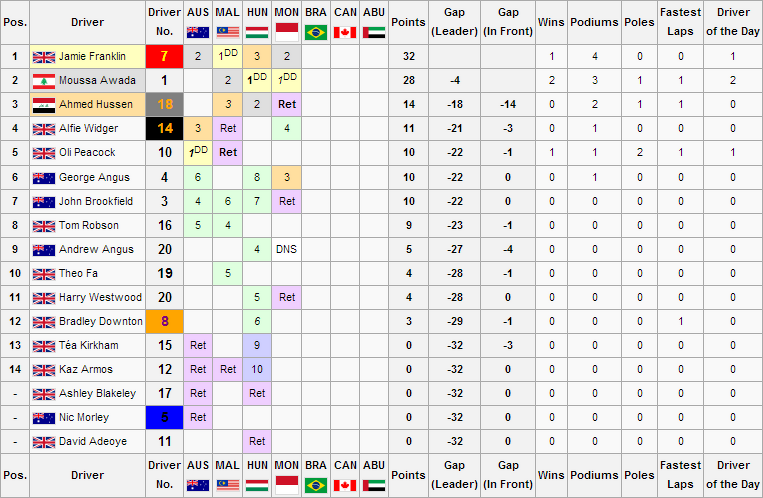 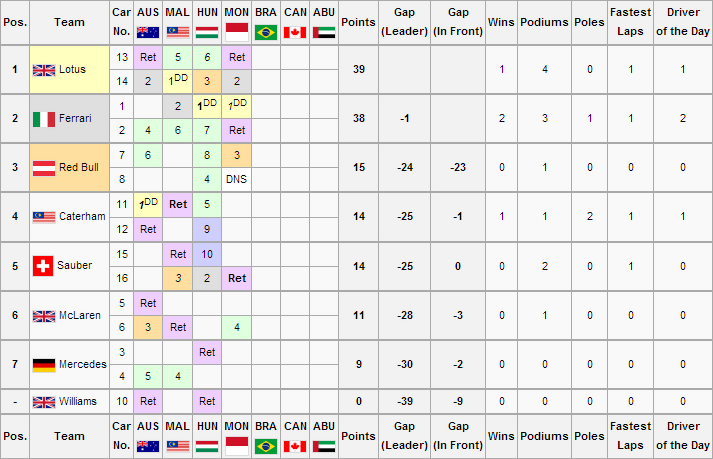