Back to page
Edit

Second Pratice yielded even closer results than the first as just 1.5 seconds split the field with the top 19 being within a second of one another. Ingram topped the session from the morning's fastest man Franklin, while his teammate struggled again, only 10th for Downton. Sauber showed strongly in 4th and 5th while Armos was solidly in the top 10 again with 7th. The Mercedes appeared to almost swap places as Butler finished 8th while Robson struggled to 20th place with power issues. Caterham managed 9th and 11th while Red Bull again failed to shine, though Kingshark far outperformed his teammate, 6th to 13th. 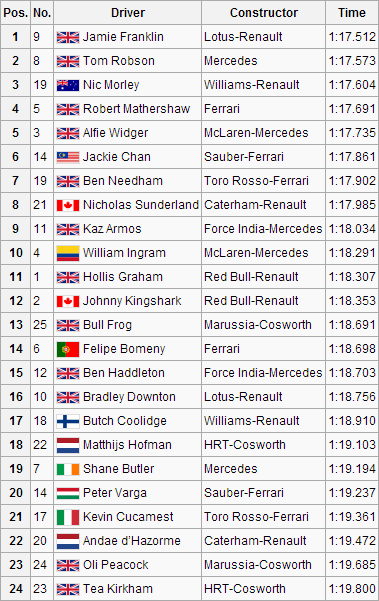 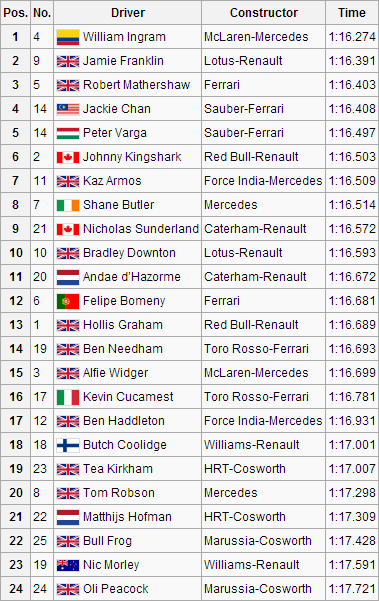 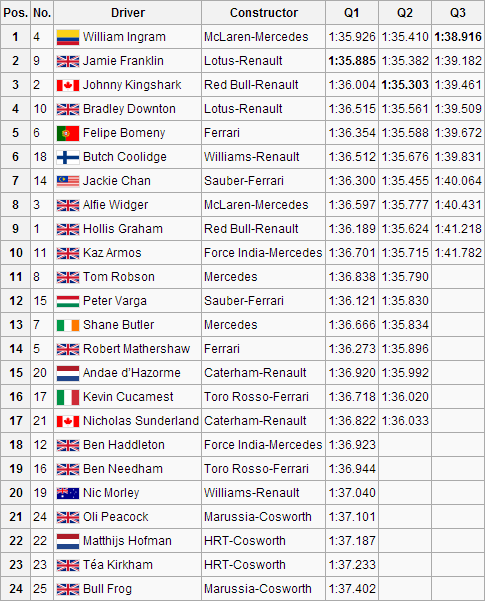