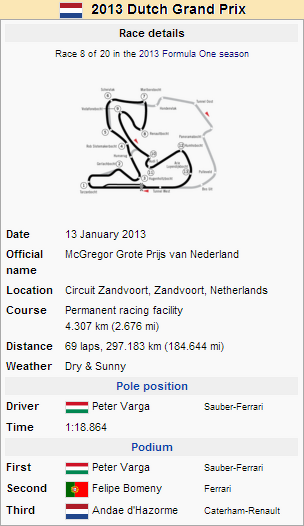 The Dutch Grand Prix was the eighth round of the Random Forum Championship Game Season 1.

Practice for the Dutch Grand Prix got underway in warm and sunny conditions, and it was Lotuses Bradley Downton who pervailed, claiming the fastest time as the only driver to break into the 1:21's. He was followed by Widger's McLaren and teammate Jamie Franklin. Caterham put in another fantastic performance in first practice with their drivers going 4th & 6th, home favourite d'Hazorme ahead, much to the delight of the crowd. Bomeny split them in his Ferrari but teammate Mathershaw struggled, only managing 15th. Red Bull's Johnny Kingshark struggled too, only able to go 18th quickest but the biggest shock was last time's race winner Nic Morley, down in 20th.

Rain arrived for second practice but it wasn't normal rain, it was verging on a Malaysian downpour and the majority of teams decided not to run, until they were told they would be docked points if they didn't. Once out of the garage it was Red Bull who stormed to the top of the timesheets and never looked like being removed. Mathershaw got closest for Ferrari while rain master Coolidge took fourth in the Williams. Peacock shone for Marussia in seventh while this morning's fastest man Downton could only manage 12th. After a strong dry opening session Caterham struggled in the rain to 14th and 18th but not as badly as Ingram in the McLaren, who could only manage 20th. Neither HRT set a time after both span off and crashed early on trying the Intermediate tyres. 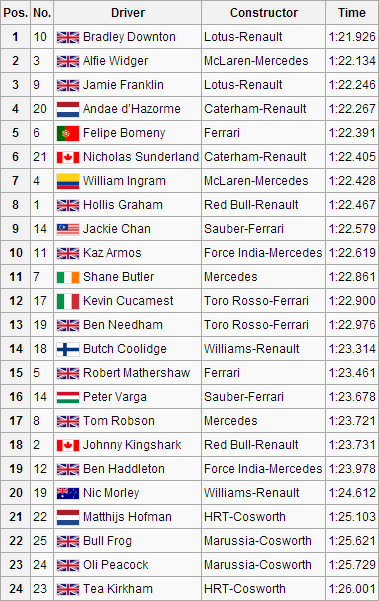 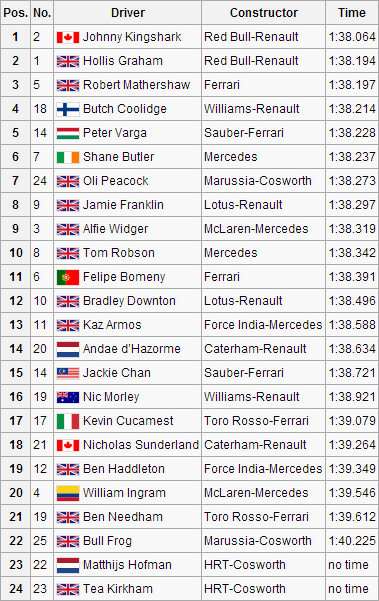 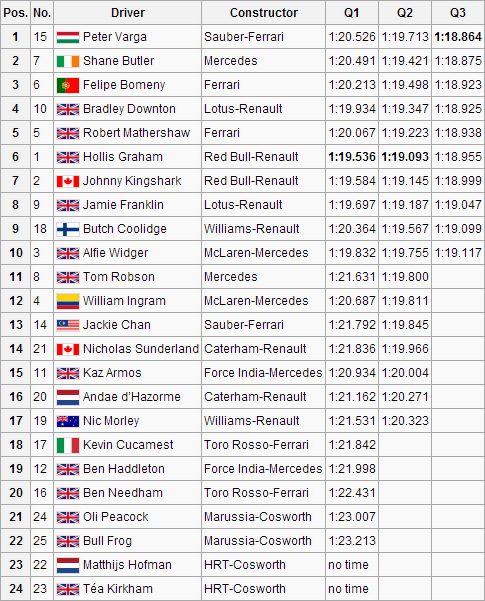